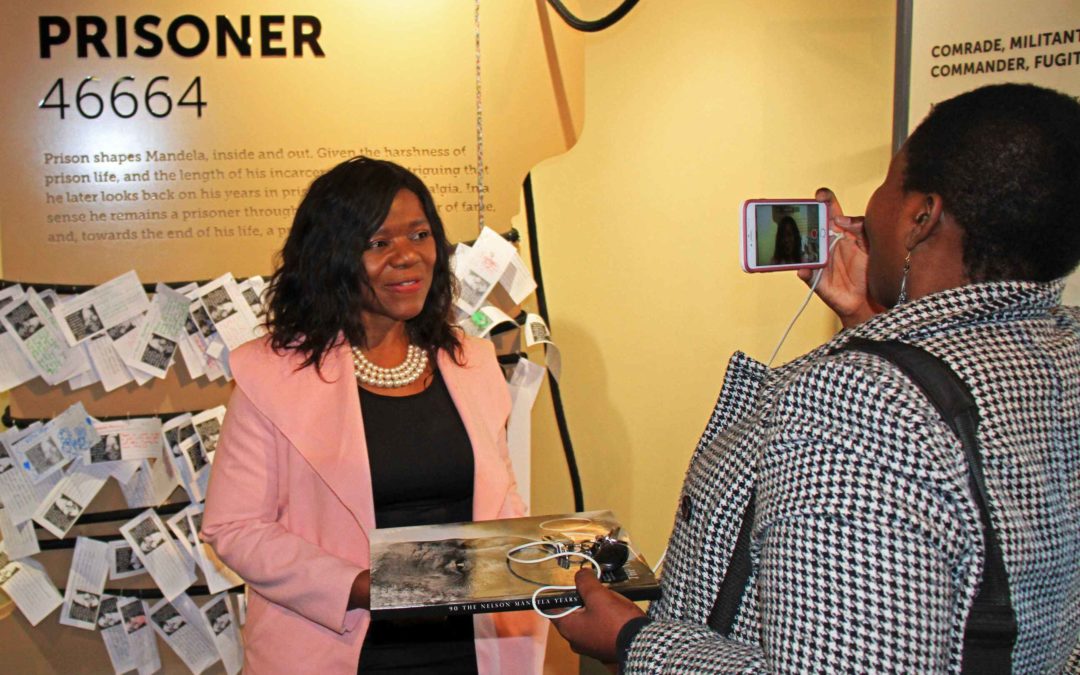 Another book to celebrate the life and times of Tata Nelson Mandela is expected to be released this year. In the run-up to Mandela Day, a book containing rich editorial content, provided by people who had the honour of walking with Madiba on his journey, is about to be written. 100 The Mandela Years is endorsed by personal tributes and commitments to ensuring the vision, wisdom and legacy Of Madiba through the eyes of key individuals, historians, thought leaders, head of State, diplomats and companies.

At a pre-launch hosted by the Nelson Mandela Foundation and museum on Thursday, it was announced that the book would be published in October: Contributors to the publication gathered at the Foundations Headquarters

in Houghton to kick off Mandela Month by encouraging people to start writing about their journey with Madiba. Tourism Minister Derek Hanekom and former public protector Thuli Madonsela are among the keynote contributors to 100 The Mandela Years. Madonsela said she knew Mandela through the eyes of her father and
learnt the importance of forgiveness, confidence and respect.

“My father told these stories about Mandela, with whom he was on Robben Island. “My father had never gone to school… people who have never gone to school work with sounds and don’t really know the exact wording. “My father was a hero”. He had been a witness to apartheid, particularly in 1913. “What I know about Mandela was the man, Lawyer and the man who stood his ground” Madonsela added.

“My father’s stories were about him standing his ground. “He saw forgiveness as an act of compassion to oneself, and as a precondition to building healthy relationships.” Hanekom said the importance of this book lay in the fact that is added to the many books, films and songs written about Nelson Mandela. “His greatness was not in having power or wisdom, it was about having the wisdom and being a leader and having that dignity and human touch,” said Hanekom.

“The greatness that the first black President of South Africa exuded was felt by people who got to be in his presence, or those who just heard stories about him.”

The value of the book, I believe, is that people from business and the likes can tell unheard story.

“This is an opportunity for you to write your story, and in writing your story, you add to the story,” Hanekom said.
As appeared in: Cape times 2 July 2018 – Writer Nokuthula Zwane

The corporate centennial celebration of Nelson Mandela’s birth 100: The Mandela Years. We are collaborating with a number of organisations and key individuals, including the Nelson Mandela Museum, former President Thabo Mbeki and relevant historians, thought-leaders, Heads of State, diplomats and companies around the world.

The book will become a keepsake for its international audience, because its pages will showcase letters of thanks and appreciation for Madiba from 100 select prominent CEOs and government leaders.

Depending on your level of participation (Prestige or Executive Sponsor), you will receive 100 boxed copies of the publication to distribute among shareholders, stakeholders, clients, suppliers and the like. You will also get four to 10 invitations to attend the tribute launch – a once in a lifetime opportunity to network with and draw inspiration from your fellow SouthAfrican and international tribute participants.